LENGUA LLORONA was Donna Huanca’s first solo exhibition in Scandinavia. Presented as a site-specific multimedia installation, Huanca brought together painting, sculpture, scent, sound, and performance.
LENGUA LLORONA was organised as coherent organic landscape of islands made of bone-white sand and populated by sixteen monumental oil paintings, which were presented with a series of totem-like steel sculptures. An ambient soundtrack consisting of fragmented human voices enveloped the exhibition as well as the deconstructed scent based on Palo Santo – a holy South American tree traditionally used in local cleansing rituals.

Most of the materials used by Huanca including raw colour pigments, oils, turmeric, sand, steel, leather, hair, and clay are directly related to nature. Together they make up a multi-layered expressionist and figurative language, rooted in the body’s organic processes, connections, and metamorphoses.

During the exhibition period, a series of eight performances activated the exhibition. The models, as Huanca calls her performers, were decorated with paint, pigment, and textiles. Like living paintings, they populated the installation leaving physical body marks on the floor and walls, thus producing a lasting transformation of the space. The models’ movements and interaction with the space created a moment of intense presence. To Huanca, these performances constitute a central point of tension in her work. The installation was brought to life and exists momentarily as a cyclical microcosmic circuit of organic relations between body and surroundings.

The title of the exhibition, LENGUA LLORONA, means ’crying tongue’ in Spanish and is a strongly femininely charged term. It has associations to lamentation, natural waterfalls or a sexual act. By juxtaposing these hints of femininely charged behaviour with futuristic interpretations of nature and anthropomorphic body markings, Huanca unleashed a powerful sensory universe, questioning humanity’s physical interconnectedness with its history and environments.

Donna Huanca’s practice is rooted in an aesthetic and philosophical examination of the biochemical heritage and cultural history of the body. Taking her point of departure in the skin as the largest organ but also as a surface, membrane, and cultural communicator, she explores the human bodily cognition via the senses. Especially in her use of the skin as a canvas and performative tool, Huanca deconstructs the gender and body policies dominating our time and introduces an alternative gaze on the body: one that departs from direct objectification, instead focusing attention on ideas of origin, memory, biology, and time.

The exhibition was carried out in collaboration with curator Aukje Lepoutre Ravn. 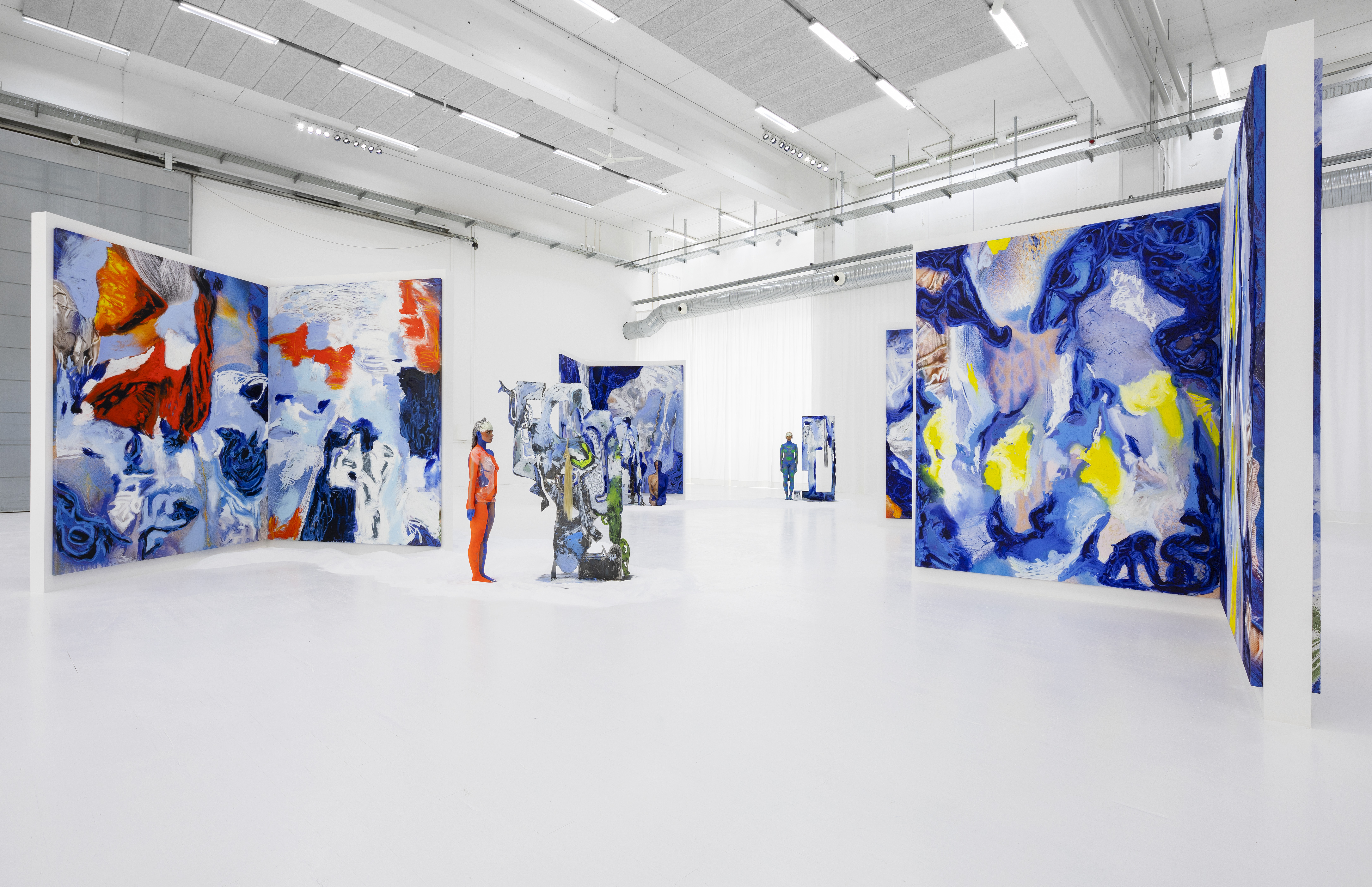